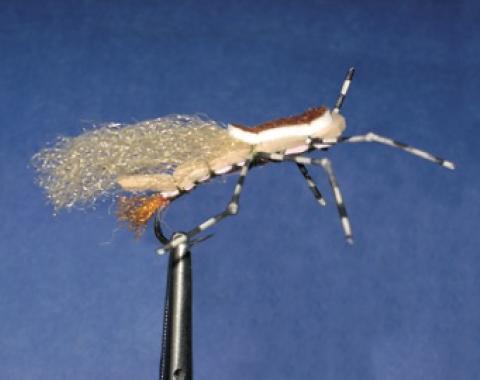 The Bosworth’s Bitchin’ Frizzy was the winning one fly for 2009. This fly was tied by South Fork Guide Jason Bosworth and was fished by Don Pegler, III of the Cornhusker Fly Fishers team. The fly worked equally well on the Snake as well as the South Fork. For a change, weather in 2009 was nice, which is very favorable for big dry flies. Bosworth’s Bitchin’ Frizzy is a fly that has not yet been released to one of the fly tying companies, so you can bet it will be tied locally for future years of use in the One Fly competition. The One Fly contest has been the catalyst for developing and perfecting new and innovative flies for many years and this 2009 winner is no exception.