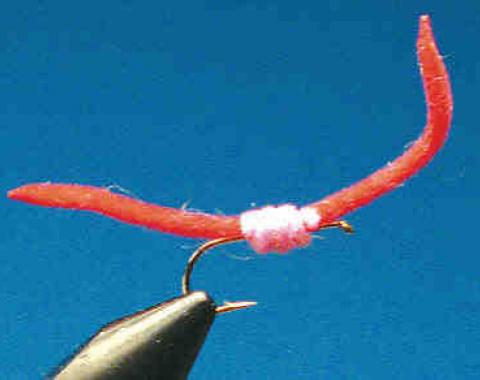 Veteran One Flyer and intrepid storyteller Peter Moyer did it again, in his own style, by using his version of the San Juan worm. This fly represents none other than the many species of worms that grace our rivers. Many fly tiers turn their noses down on is simply tied fly and dismiss it as a non-fly. There’s no question about it’s fish taking qualities, however, in the school of fly fishing that treats dry-fly fishing as a religion and nymph fishing as a cult, it is a hated fly. Leave it to the Moyer, who introduced the size 18 Rusty Spinner to the One Fly in 1998, only he could’ve wreaked so much havoc with the ‘worm’. Remember the whole point of the One Fly is to have fun, something Peter never forgets.